Holiday Music! Song Lists and Playlists for the Season

With the Thanksgiving holidays coming to a close, the holiday countdown is ON! Here are some fun, culturally diverse holiday music tunes to incorporate into your classes for the remainder of the month.

You can preview any of these holiday music songs here via our Spotify Playlist!

We Wish You A Merry Christmas by Hap Palmer

Wiggle Wiggle by Dora The Explorer

Christmas is Coming by Ariel

Jingle Bells by Mickey & the Gang

The Santa Wrap by Rayvon

One More Sleep ’til Christmas by Kermit

Must Be Santa by Kidz Bop Kids

Shake Santa Shake (from ‘Shake It Up) by Zendaya

My Song For You (from ‘Good Luck Charlie’) by Bridgit Mendler

It’s Always Christmas With You! by The Wiggles

Hanukkah Is Here by Jon Nelson

Latke Cakes by David and the High Spirit

Holiday Music for All Dancers

I love Christmas by Ross Lynch

Have Yourself a Merry Little Christmas by Judy Garland

All I Want For Christmas Is You (SuperFestive!) Duet with Mariah Carey- Justin Bieber

Step Into Christmas by Elton John

What Christmas Means to Me by Stevie Wonder

My Favourite Things by Tony Bennett

Carol of the Bells by Pentatonix

My Only Wish (This Year) by Britney Spears

Winter Wonderland by The Andrews Sisters

Sleigh Ride by The Ronettes

A Marshmallow World by Brenda Lee

Home For The Holidays by Keke Palmer

Who Lit the Candles by Jon Simon

Visit here to read all about the varying December celebrations! 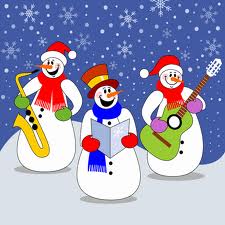 Back Gifts for Dance Students: Holiday Marketing
Next Dance Class Size: Why 9 Students Are Much Less Profitable Than 8

Chasta is the artistic director and owner of Stage Door Dance Productions in Raleigh, North Carolina. She is also the founder of The Dance Exec, a website and organization that provided resources and training for dance studio owners. The resources from The Dance Exec have a new home on the TutuTix blog, giving dance studio owners an even more in-depth library of free tools and information with which to grow their business. Chasta contributes to the TutuTix blog from time to time, offering her perspective as a studio owner (and TutuTix client!).
Related Articles

Five Reasons Why I’m Opting Out of the “Done Club”

The Flow of Your Show: Making Transitions Happen

How to Not Get Holi-Dazed: Avoiding Burnout and Maintaining Your Momentum for 2021