The Nutcracker: An Enduring Dance Favorite

If you’ve grown up in the dance world, you’ve most likely experienced the phenomenon that is The Nutcracker in some way. You’ve either danced in it as a mouse, party guest or snowflake, or maybe even as a coveted role such as Clara or the Sugar Plum Fairy. If you haven’t danced in it yourself, there’s a good chance you’ve attended an annual performance of the ballet as part of Christmas festivities.

Even those who have not seen the ballet are bombarded with the famous Tchaikovsky score in virtually every mall and restaurant throughout the season. The Nutcracker is everywhere during the holidays in the U.S., and if the “Soldier’s March” or the “Dance of The Sugar Plum Fairy,” isn’t stuck in your head yet, it probably will be!

The Nutcracker is based on the story The Nutcracker and the Mouse King, written by E.T.A. Hoffmann in 1816. Hoffman’s story is a dark, complicated one, and was adapted by Alexandre Dumas (writer of The Three Musketeers and The Count of Monte Cristo) in 1844 into the more family-friendly version we know today.

The story of The Nutcracker can vary from production to production, but the basic plot is as follows:

A girl, Clara (called Marie in the original story and in some productions), is at Christmas party in her home. Clara’s godfather Herr Drosselmeyer gives her a gift—an ugly wooden nutcracker doll. Her brother Fritz is jealous of the attention and breaks the doll. The doll is fixed by Drosselmeyer and that night, Clara has vivid dreams of a battle between the Mouse King (originally depicted as having seven heads) and her Nutcracker.

Clara kills the Mouse King with her shoe, and the Nutcracker transforms into a Prince (who usually looks oddly like Drosselmeyer’s nephew). Clara and the Prince travel through a land of snow to the Kingdom of the Sweets ruled by a Sugar Plum Fairy and her Cavalier. After hearing their story, the Sugar Plum Fairy invites the Sweets in her land to dance for Clara and the Prince. Clara awakens from the land of the sweets and finds herself safely back in bed.

The story is generally interpreted as a coming of age story with allusions to Clara awakening to womanhood as the Nutcracker doll transforms into her prince.

Dumas’ adaptation was set to music as part of a commissioned work by acclaimed composer Pyotr Ilyich Tchaikovsky. The libretto (the storyline and stage directions, in layman’s terms) was created by Marius Petipa, ballet master and choreographer of The St. Petersburg Imperial Theatre, and though he is often given credit for the choreography as well, it was likely his talented assistant Lev Ivanov who actually choreographed the original performance.

The ballet premiered on December 18, 1892 at the Mariinsky Theatre in St. Petersburg (along with Tchaikovsky’s last opera, Lolanta). The ballet was not deemed a success, with the dancers receiving mixed reviews and the choreography and libretto also attracting criticism.

The musical score received higher praise, however, and a selection of music extracted from the larger work by Tchaikovsky, known as The Nutcracker Suite, became wildly popular. It would be almost another century before the ballet itself saw such success.

Popularity in the U.S.

The ballet’s first complete performance outside Russia finally occurred in England in 1934. The Nutcracker had its U.S. premiere in 1940 with an abridged Ballet Russe staging of The Nutcracker in New York. In 1944, the first performance by an American company was staged by the San Francisco Ballet to great success, and they continue to perform the ballet annually. The iconic choreographer George Balanchine staged his own grand production on the New York City Ballet in 1954, and as the Cold War gained steam, America began to repurpose this Russian ballet as an American holiday tradition.

The Nutcracker was first broadcast on television in 1957, albeit in a severely abridged form on the CBS show Seven Lively Arts. Excerpts from the ballet began to be performed on popular television shows of the time, including The Ed Sullivan Show.

Mikhail Baryshnikov’s highly popular American Ballet Theatre version was first broadcast in 1977, and remains the most popular televised version of The Nutcracker in the U.S. to this day.

Baryshnikov, along with Gelsey Kirkland, dances in his famous 1977 ABT “Nutcracker.”

Bolstered by popular stage productions by major companies and a consistent presence on television, the tradition of performing the ballet at Christmas has spread across the U.S. Today, The Nutcracker is performed by countless ballet companies and schools across the country, and major American ballet companies generate around 40 percent of their annual ticket revenues from performances of this enduring favorite. It is now widely considered the most popular ballet in the world.

The Nutcracker story is relatively simple and open to interpretation. Over the years, the ballet has been adapted to various times and places in history, updated to match contemporary audiences, altered to include different dance genres, edited to include new variations on the storyline, and more. The San Francisco Ballet imbues a local flavor to its Nutcracker.

A 1991 version, The Hard Nut by Mark Morris, reintroduces the original Hoffmann story, but sets it in the 1970s in a world imagined by comic artist Charles Burns. The Hip Hop Nutcracker marries a modern dance form with Tchaikovsky’s enduring score. There’s even been Mutt-cracker productions that incorporates dogs!

“The Hip Hop Nutcracker” debuted in 2014 to rave reviews.

In addition to its flexibility, part of the beauty of The Nutcracker is its accessibility to a wide array of audiences. It is a relatively short ballet, with only two acts, and the incredible Tchaikovsky score is an easy one for audiences to love. The ballet is teeming with roles for children, and is a favorable way to involve every student in a dance studio; or for a professional company, the community at large.

For many dance students, as well as the family members and friends that come to see them perform, the production is an introduction into the wider world of ballet. The accessibility, popularity, and general commercial viability of The Nutcracker translate into hundreds of performances by studios and companies around the country every year.

The recent film “Getting to the Nutcracker” highlighted the powerful role “The Nutcracker” often plays in introducing children to dance.

Cultural Significance in the U.S.

In the U.S., The Nutcracker has become deeply embedded in the minds of many people as a Christmas tradition and magical childhood experience. It is more than a cultural touchstone, however. The earliest stateside productions struck a chord with audiences and provided them with an introduction to classical ballet. Balanchine worked closely with The Ford Foundation to produce lecture demonstrations and related educational programming to promote ballet to youngsters in the late 1950’s.

This along with generous donations of his choreography to regional companies, further cemented the art form of classical ballet in America. In the 1960’s and 70’s the popularity of The Nutcracker and the roster of international stars who danced the iconic roles of Clara and her Nutcracker Prince helped fuel the popularity of classical ballet in the U.S. Indeed, the world of American ballet owes much to The Nutcracker, and the American ballet companies that continue to revive it and maintain its cultural relevance.

The Nutcracker ultimately endeared itself to the American public, earning itself a place in the collective cultural consciousness, becoming a rite of passage for young dancers, and solidifying the world of classical ballet in the U.S. for decades to come.

Editor’s Note: The article has been edited to clarify Ivanov’s role in the choreography of the original 1892 staging of “The Nutcracker.”

“The Nutcracker” is a holiday staple as much as a gorgeously garlanded tree, prettily wrapped present or warm mug of hot chocolate. Clara, Drosselmeyer and the Sugar Plum Fairy have been part of the holiday season since the ballet was first performed in Russia in 1892. While putting on “The Nutcracker” with your studio is sure to wow, why not try something new this year? These five holiday themes for dance performances are fresh and creative celebrations of the season.

You’ve heard the story hundreds of times, but have you ever seen a ballet interpretation of the Dickens’ classic? “A Christmas Carol’s” dramatic scenes, from Fezziwig’s gleeful holiday ball to the Ghosts of Christmas Past and Present whisking Scrooge from his bed and flying him across the city, lend themselves well to whimsical choreography. Bustling ensemble scenes set in the lantern-lit streets of Victorian England promise a festive performance that will have audiences experiencing the classic story in a whole new way.

Based on a fairytale by Hans Christian Andersen, “The Steadfast Tin Solider” is a love story that will have children wondering what the toys under their trees are really up to. A tiny tin soldier falls in love for a paper doll ballerina, and they dance and twirl together beneath the sparkling light of a Christmas tree until the solider gives the ballerina his heart. It’s no lightweight tale – the pair meets a heartbreaking end when a cold winter breeze from an open window sweeps the ballerina into the fireplace – but audiences will be enraptured by this sweet tale of tiny love.

Celebrate the season with vintage class and flair by performing this Irving Berlin classic. Two entertainers fresh from the army put on a Christmas show at a cozy Vermont inn with two lovely singing-and-dancing sisters. Spectacular sets, colorful costumes and some of America’s favorite Christmas songs will have audiences clapping and singing along during a performance of this holiday favorite from the Fifties.

Treat audiences to a fresh and energizing spin on a classic. “The Hip Hop Nutcracker” takes Tchaikovsky’s classic score and turns it on its head – literally. Fierce hip hop choreography breathes new life into the tale, injecting it with an energetic dose of modern, urban flair, trading Clara’s grand living room for the city streets. We’re sure you audience haven’t seen anything like it before – and that they’ll be on their feet cheering by the end.

Add another performance to your typical seasonal lineup with “A Winter Fairy Tale,” a traditional Russian New Year’s Eve story. The forest animals are having their Wintertime celebration deep in a snowy, enchanted forest when the Bat Queen swoops in and steals away an innocent bunny. The forest animals unite, along with a Magician and stunning Rose Maiden, to rescue the bunny in this delightful winter fable set to music by Tchaikovsky and Rimsky-Korsakov.

Celebrate the most wonderful time of the year by adding one of these festive and fresh themes for dance performances to your studio’s holiday lineup.

Plan Your Holiday Show NOW With These 5 Tips

As dance studio owners we live in a strange DUAL WORLD.

At all times one part of us is absorbed in the demands of the day while the other part is 3-6 months out planning for the future.

Your spouse, teachers and students may not realize it, but for every question you answer about today’s schedule, another side of you is already translating that information to improvements for the next round of classes.

As a studio owner, you have to have your feet in the moment AND your eye on the horizon.

In recognition of the DUAL DEMANDS on our calendars, set aside the duties of the day and take a minute to PLAN NOW for a great holiday show with the following 5 tips: 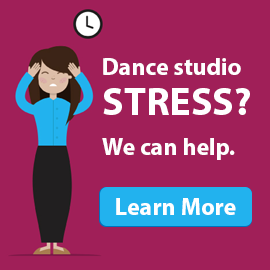 Trouble viewing the article? Email us at info@tututix.com.

The “Expert Advice from Misty Lown” series is brought to you by More Than Just Great Dancing™ and TutuTix.

5 Pillars of a Profitable Studio

5 Ideas for Increasing Your Studio’s Profitability